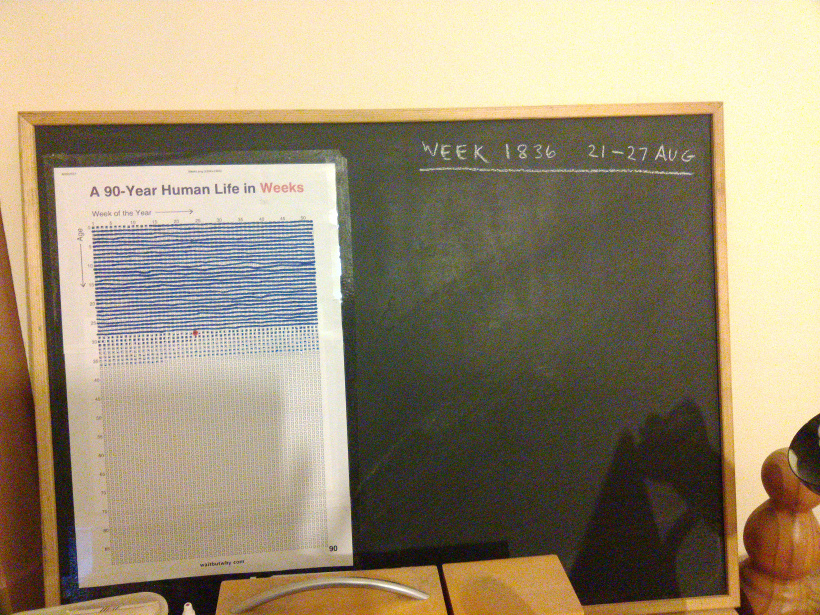 It’s with a vague sense of irony that I find myself writing about this online. Spoiler: This is probably going to make for uncomfortable reading for most of you.  I recently finally admitted to myself that I’m addicted to the Internet. When I really think about it, it’s probably been true since I was about 15 (I’m 35 now). The realisation really struck me when I was watching a brilliant talk by Simon Sinek called Why Leaders Eat Last. Incidentally I highly recommend watching this as several ideas in it have had a positive impact on my life. Anyway, in the video he talks about smart phone addiction, and although I don’t have a smart phone the principle is the same and it really resonated with me:

I’d encourage anyone reading this to think about how close the description above is to their own behaviour and consider whether you may have a problem. I’d guess that the vast majority of people have some level of addiction to their phone, whether they are prepared to admit it or not. I made a conscious decision several years ago not to get a smart phone, because although I hadn’t admitted my addiction I knew that I spent more hours on the Internet at home than I’d like to count and decided that having the Internet in my pocket as well wouldn’t be good for me.

As with any addiction, admitting you’ve got a problem is the first step. Admitting it to myself was a start, but saying it out loud to someone else was what made it feel real, and felt quite liberating. Being aware of it makes it possible to manage it and try to limit my time online, and I find myself much more likely to have a moment of saying to myself “what am I doing?” when I’m just killing time in the Facebook rabbit hole. Some days I do better than others, but I’m making progress.

For about 10 years now, I’ve found it really helpful to spend about 15 minutes at the start of the day just sitting quietly and letting my mind wander. It helps me remember things I need to do, people I’ve not spoken to for a while and generally gives me a lot more clarity and helps me have a better life. Despite how often I imagine that I do this, in reality I’ve mostly only done it every few weeks, but since I admitted my problem I’ve been doing it much more often as I make a conscious effort to do it rather than reaching for my laptop as soon as I’ve had my breakfast.

The other realisation I’ve had is that an Internet or phone addiction is actually an addiction to dopamine (always looking for the next hit, the next email, the next comment or like) and that the other thing you can get dopamine from is crossing things off a to-do list. Given how much spending time online has stopped me getting stuff done over the years, that feels kind of poetic. As someone who runs their own business this has been a really powerful realisation, because starting the day by checking my Facebook can easily be the start of getting nothing useful done all day.

Thinking back I do feel a bit sad for how much of my life I’ve wasted faffing about online. As someone who’s always struggled with social interaction it’s a safe and familiar environment where nothing is risked. Over the years it’s increasingly become my default when I have nothing specific to do, or often even when I do have something to do or somewhere I could be. With Facebook specifically I feel like it’s a big red herring, as it makes you feel like you are in touch with people but in reality you are mostly not having any kind of meaningful connection or interaction with people, and in my case it’s sucked up so much of my time that it’s actually made me a lot less likely to get out and see people in person and have those real life conversations and meaningful connections. So much for a “social network”!